Browse through our extensive listings of real estate properties, commercial and residential houses, condos, and apartments in Phnom Penh.
We have specifically compiled these listings to showcase Phnom Penh real estate. Whether you are looking for your new Condominium for rent, House for rent, Office space or Business space for rent, or Apartment for rent and sale, you will find a suitable Phnom Penh property and other real estate in Cambodia handpicked for you. 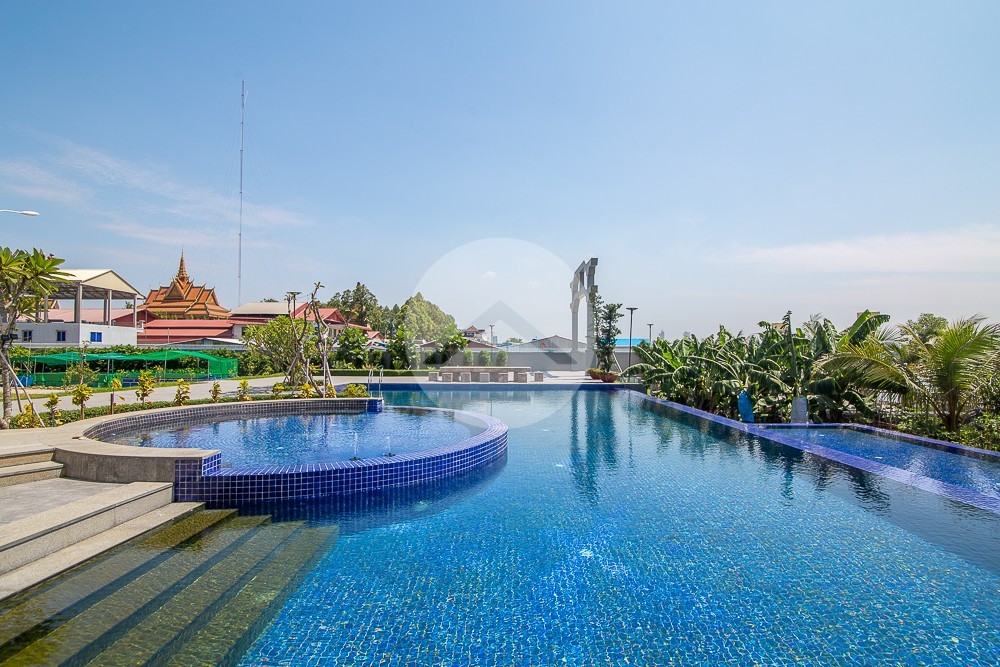 Heavily populated and alive with activity, Phnom Penh is fast becoming one of the major economic centers in the Southeast Region.

Dubbed as the “Pearl of Southeast Asia”, the city is comprised of 12 administrative districts called Khans spread out over 678.46 sq. km. land area and is home to approximately 2 Million people.

The growth rates in recent years caused the economic boom and resulted in new hotels, restaurants, bars, high rises, and residential buildings springing up around the city.

Modern high rises have been constructed all around Phnom Penh, not just concentrated in any one particular area.

The city takes its name from Wat Phnom, the “Hill Temple” in Daun Penh. Äccording to legend, a wealthy widow named Lady Penh found a Koki tree floating down Tonle Sap river. Inside were a stone statue of Vishnu and 4 other Buddha statues made in bronze.

Daun (Lady) Penh then ordered the villagers to create a hill in the northeast section of her house. In the hill, she built a temple that can house the 4 Buddhas. Another shrine for the Vishnu statue is also built in the lower portion. The temple is now known as Wat Phnom, a small hill 27 m in height.

Ponhea Yat moved the capital of Cambodia from Angkor Thom to Phnom Penh when Angkor Thom was captured by Siam a few years earlier. It is the royal capital for 73 years (1432-1505) and abandoned for 360 years (1505-1865) by subsequent kings due to internal fighting.

In 1866, King Norodom I (1860–1904) made Phnom Penh as the permanent seat of government and subsequently built the Royal Palace.

Where to Live in the city

There are many popular areas in the city ideal for residents. Depending on how far you want to travel for work or the establishments that you need, each area offers their own unique characteristics.

The economy in the city is comprised mostly of commercial interests such as garments, trading, and small to medium businesses. The property business is also booming with rapidly increasing real estate prices.

Tourism is another major contributor. Aside from historical places, shopping and commercial centers are opened, making the city one of the major tourist destinations in Cambodia.

Phnom Penh still epitomizes the Cambodian culture. This is despite the large crowds of people concentrated in the urban areas, the city’s skyline dotted with high rise buildings and the streets congested during rush-hour.

Buddhist temples, French-Colonial Villas and Khmer New Age Architecture can be seen in almost every part of the city. This only proves that the old can efficiently merge with the new, and that tradition doesn’t have to be eradicated to welcome the modern age.

Where to go in the city

The most popular areas in Phnom Penh is Sisowath Quay, located near the Tonle Sap River. It is a 3-mile strip of road that features restaurants, bars, and hotels.

While undoubtedly the most urbanized city in Cambodia, Phnom Penh is also where many historical places are located. The Royal Palace, Wat Phnom, Toul Sleng Museum, Choeung Ek Killing Fields, National Museum and Independence Monument are all located in Phnom Penh.